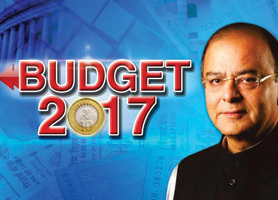 Macroeconomics, Romance and IIMB :
I studied macroeconomics (economics itself, for that matter) for the first time in my post-graduation (IIM-Bangalore) during the 1991-1993 era. Remember, this was the India sunrise era and MMS was the FM.

Our professor was Prof. Indira Rajaraman (IR) who brought romance-with-Eco into the classroom through her lucidity and intellectual clarity. Her classes had over 100percent attendance as students from other sections would carry their chairs to come and sit it in our section when IR taught. As you can guess, most professors at IIMs struggle to have half their students to visit the class, occasionally. When she spoke, you lapped up every word. She could make an unlettered rickshaw puller understand fiscal deficit and M3. She was a nearest imagination to Goddess Saraswati. She was at her prime, too.

In short, the closest imagery that you can conjure up is that of a super-dignified Sushmita Sen surrounded by a hundred Shahrukh Khans of the ‘main noon na’ fame. Unknowingly, the love for the teacher translated into a life long love for the subject for most. I am one, too. Listening to the union budget on television (a new phenomenon at that time) and following it up with discussions (in-class and outside) was a part of our stay at IIMB. This was a 25th or 26th FM budget presentation that I have studied since. No subject has stuck with me like macro-economics, since! Incidentally, IR went on to be a member of the finance commission and serves on the board of RBI. She continues to be one of the most respected voices and minds in the world of economics.

Budget 2017 :
I did my customary “keenly watch – actively listen – scrupulously note down” session today at 11am. The best news of the budget looks like “there is no bad news”. There is an added cautionary inner voice saying “hope there is no bad news in the fine print”.

Unfair to critique ?
Needless to day, it is unfair to criticise the finance minister as 90-min is too short a time to present the budget of a complex country as India. In the same breath, I am inclined to think that if you can’t make a point in 10 or 20 or 90 mins, no amount of time is good enough for you!

1. I saw nothing substantive as a policy or initiative in any field though the FM did elaborate ground-setting in a bunch of areas including youth, infra, tax etc,.

2. No substantive schemes or programs or implementation plan anywhere except the abolition of FIPB and a one-bullet electoral bonds announcement.

3. The FM sounds so short on fluency and even stumbles so much (including on Urdu couplets) that I begin to think either economics/finance is not his comfort zone or he is reading the budget papers for the first time. Or, worse still, perhaps, both!!!

4. Some of the themes or topics were covered in half a sentence with such incoherence that he had better avoided them altogether. I am not even sure how many of the prolific note-taking viewers such as me took note of these – for eg, a two-tier exam for govt jobs and it was covered in the finance sector (!) or the mention of innovation and science content during education coverage!

Health and Education :
The noted statistician, Roseling’s study of economies over a century indicates that their rise is first enabled by improved health indicators followed by education indicators. The rest follow in the ensuing decades. Such simplicity in understanding is required for the FM of a hugely potential nation like India. The budget’s thematic setting has to have Heath and Education as the bedrock. The rest of the themes such as defence, railways, infra, tax, etc, are a far more tactical themes, in my view. I realise that such N expectation of mine for high conceptual clarity is too far-fetched. I will correct myself.

Education :
The content spoken was so little and so short on end-clarity or execution path that even if I produce all of it, verbatim, it is unlikely to cross a 300 word mark. The FM blabbered something about science and innovation content, innovation fund and outcome based autonomy that it was over before it began!

The MOOC (massively open online courses) project, SWAYAM, one of the favourites of the new HRD minister found a brief mention and it is a worthy project to be executed in a “Sreedharan metro” style to help leapfrog into th next era. We have missed a couple of decades of proactive investments in education and intellectual capacity building. SWAYAM can leverage newer technology tools and solutions and bring access to newer courses from the best of teachers to all students regardless of their socia-economic status.

The setting up of an independent organisation to conduct entrance examinations is a worthy step too as assessments is a super-speciality area which needs 100pc focus as well as multi-functional competencies from technology to operations planning and exam-paper-setting. Also, it does two things for the overall system – it releases the bandwidth of the educational institutions and boards to focus on their core area (CBSE, IIM, IIT, etc) and brings an arms-length distance between institutions and exam-conducting process.

Vocational or skills training :
Our GER is as low as 20pc and the drop-outs have no real system of getting vocational education unlike in countries such as US, Germany, UK and so on. This needed to be addressed on a war footing. India needs a system of one massive vocational university or state which is a blended 21st century architecture using technology and real campus and that connects the employment education and the opportunity in the real world. The reference to ‘Kaushal kendra’ in 600 districts, SANKALP goals, tourism linked employment plans etc., was so sketchy and fleeting that I have very little to even describe the program.

Conclusion :
In short, I am disappointed at the lack of substance when it comes to the coverage, clarity, initiatives on anything to do with education. However, it is also important to revisit a belief of mine that our budget-hoopla is a much more exaggerated over-celebration of an event than it deserves. The country runs 24×7. The govt runs 24×7. So, policy making, execution, course corrections all happen every day. At best, the 90-min session is a symbolic event that witnesses your signature as an FM or the Govt in power. May the other 364 days be better for the sake of education for the country! Happy execution.